To celebrate the 70th Anniversary, seven taxis took part in the very prestigious Lord Mayor’s Show, one for each decade of the charity’s existence.

The LTFUC returned to Brighton for an outing to the Palace Pier Funfair and the Sea Life Centre. By kind permission of the Welsh Guards, the outing commenced from the Parade Ground of Wellington Barracks.

By kind invitation of Legoland Windsor, the children from six West London schools were taken on an outing to celebrate the 70th year. 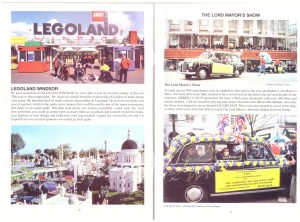