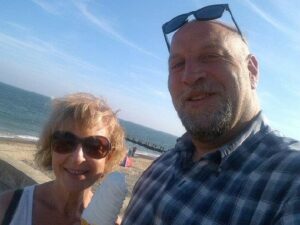 It is with great sadness that I write this article about a very good friend of mine, Gary Zylberszac. I have known and admired Gary for many years. He was a great supporter of the Children’s Charity, always willing to sponsor a cab on our children’s outings. Gary was the former Chairman of the London Vintage Taxi Association, putting on many shows to showcase the London Taxi Trade, and the supplier of taxis for TV and film work. He ran treasure hunts for cab drivers, something he got a great deal of satisfaction from. Gary was very involved in the Holocaust Education Trust due to the fact that a family member was a survivor of the concentration camps. He would always greet me with a slight bow and address me as M’Lord. He had that easy going way about him, always polite and had a great sense of humour, something that I admired about him. He leaves behind a void in the taxi trade that will be hard to fill. Gary was loved and admired by many, as could be seen by the hundreds of drivers, friends and family that attended his funeral. Our condolences go to his wife, Mandy, and his daughter Alice. RIP Gary, The Guv’nor.

Previous StoryHappy New Year 2022
Next StoryCabbies ‘did’ Meru & Kili too