In January, the LTCFC received an appeal for help from a mother of a young boy suffering from a very severe form of epilepsy. After having 2 very severe seizures that ended in cardiac arrest, where he stopped breathing for several minutes, the A&E department successfully saved this young boy’s life. His next attack resulted in multiple types of seizures within the space of an hour and a half, and it was very fortunate that this boy’s mother checked up on him in the bathroom that he was saved again. His condition was subsequently diagnosed as Status Epilepticus which requires him to have 24/7 supervision. Checking up on him during the night was causing a lot of anxiety and sleepless nights all round, and in addition this young man was losing his privacy and dignity.

The LTCFC were extremely pleased to be able to help by purchasing a specialised watch called Embrace2 which has a sensor on it that records his body movement, temperature, and can detect any possible tonic-clonic, or other seizures before they happen. The watch works with two apps, the first app called ALERT can alert 3 phones, where each owner can communicate the correct action taken, to let the other users know he is safe and with someone. This app also has a GPS so he can be located. The second app called MATE keeps a record or diary of all possible activities, seizures etc which is useful for them to take to his consultant and may even help to indicate what is triggering these seizures. Now that he has the watch this young man can have some of his independence and privacy back. As the watch is waterproof, he can wear it when showering and can also use it whilst swimming enabling him to join in with his friends more. 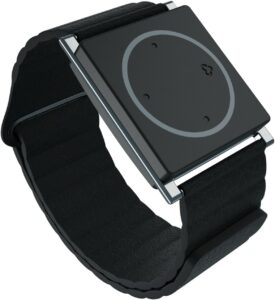 To donate to the London Taxi Drivers’ Charity for Children click the Donate button below or alternatively text TAXI £5, £10 or £20 to 70085