This year has been a milestone for the charity as we celebrate 90 years helping disadvantaged and vulnerable children.

The history of the charity started with a London taxi driver named Mick Cohen, who had grown up in the Norwood Orphanage. He recruited 12 taxi drivers to raise money for the orphanage to take the children and teachers for a tour around London.

Since its foundation in 1928 as London Taxi Driver’s Fund for Underprivileged Children (LTFUC), the charity has achieved so much and I would like to take this opportunity to thank all existing committee members and former committee members, benefactors and volunteers including the London taxi drivers who support our efforts with passion and commitment. Now as we approach the end of this significant year, it is important we look forward to the future.

There have been radical technology changes and compliances imposed upon the business sector and charities are not exempt from this legislation. With this in mind, the committee commissioned Nick Dove and Debbie Crowley from Relyable People who have a wealth of experience both in data management, business process, IT, PR and marketing.

They engaged in a programme of works to ensure our charity is working to best practice and fully compliant with measures including General Data Protection Regulation (GDPR).

It is also important to be aware in previous years the committee has received concerns from parents and carers that the word ‘underprivileged’ was a little demeaning and labelled the children. Although all appreciated the work the charity undertakes to help with the well-being of children, especially those with profound medical issues or other special needs, it was apparent the word ‘underprivileged’ could infer a derogatory term of reference.

I now felt the time was right for the charity to embark on a rebrand and around that time I was very fortunate to have met Domenic Lippa from Pentagram, the world’s largest independent design consultancy. Domenic kindly offered to rebrand the charity and the committee were thrilled to be given this wonderful opportunity.

After subsequent meetings with Domenic, I was introduced to Josh Geoghegan, the designer who would take the lead on the project and Pentagram set about the task of creating a flexible brand that would be more responsive, friendly, accommodate the digital marketing world and enable the charity to engage with a broader audience.

After many months working together, we successfully rebranded in September 2018. 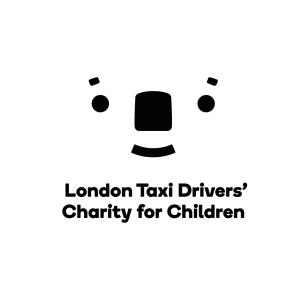 The newly adopted name is London Taxi Drivers’ Charity for Children (LTCFC) and as you will note, the word ‘underprivileged’ is no longer part of the name.

Brand awareness is paramount for us and shortly after the rebrand I met with Andrew Barnet, Managing Director of Ubiquitous Ltd, about a livery taxi for the LTCFC. Andrew offered a substantial taxi media campaign to support and promote the charity. Sarah Priseman, Director of Marketing and Planning at Ubiquitous and Josh Geoghegan from Pentagram, together with their respective teams delivered a fantastic livery taxi for the LTCFC. 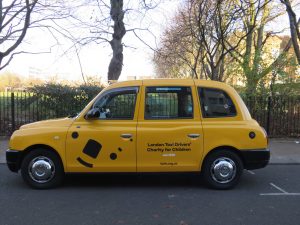 On behalf of all my colleagues, we are so grateful to both organisations for their magnificent support and dedication.

We now have colourful branded taxis on the streets of London and look forward to many more. Should other drivers or fleet owners like to participate in this worthy cause please email committee@ltcfc.org.uk. I do believe this is a first for any taxi trade charity.

Whilst I am sure you are aware that much of our work is taking children on yearly outings to the seaside or similar, this is only a fraction of the work that the charity undertakes.

For many years we have also assisted with grants for Special Educational Needs and Disability (SEND) for children’s schools, hospitals, residential homes and individual families for the purchase of medical, recreational and communicative equipment. In conjunction with our fundraising activities, we rely on donations, which are invaluable to support the charity and this year was no exception. 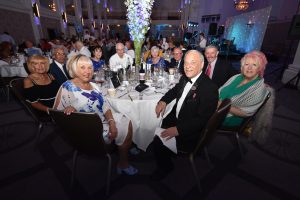 This was followed by a fundraiser at the Russell Square cabmen’s shelter which raised £3,100. 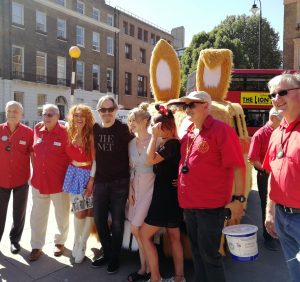 In July I was delighted to have been invited to the 70th birthday party of our Patron, Her Royal Highness The Duchess of Cornwall. The grounds of Clarence House were opened to friends and charities in celebration of this special event and it gave me the opportunity to speak to many celebrities and other guests about the activities of the LTCFC.

I was fortunate enough to speak with The Prince of Wales and discussed a previous event he had hosted at Clarence House, an event that many attendees still speak about. The gathering was appreciating the London taxi industry as an integral part of the transport system and the various taxi trade charities that undertake many worthy causes. I was excited that The Prince of Wales discussed the possibility of doing something like that again in the future.

Most recently, in December we held a fundraiser at Burlington Arcade, Piccadilly and with assistance from Sing Gospel we raised £2,130. 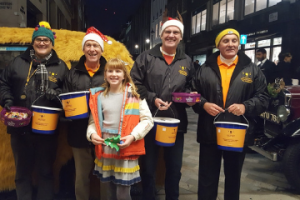 In 2018 we were sorry to say goodbye to Ray Levy who was our PR  for many years and Ray’s wife Maureen, both dedicated supporters of the charity who gave so much of their time and effort.

Sue Angel, another long-term committee member and ex-chair also left the charity but continues to work with the Taxi Military Veterans charity.

On behalf of the LTCFC, we wish them well in all their future endeavours.

We are thrilled to welcome Ercan Yusuf, our newest committee member. His passion for helping those less fortunate will be a benefit to the LTCFC. I am also delighted to welcome Wendy Bell as an associate member who has supported the efforts of the charity for many years.

I take this opportunity to thank the committee and fellow executives for their continued support and our associates who have been working tirelessly on the various projects on behalf of the LTCFC. At this time we are very mindful of loss of children who have succumbed to their suffering and offer our condolences to the parent’s, carers and helpers.

The LTCFC will continue its endeavours to bring a little light and happiness to all who endure some very dark traumatic days.

Your continued effort and support underpins the success of the charity going forward and for that we are truly grateful.

Our sincere best wishes for 2019 to you all.