Founded in 1928, the London Taxi Drivers Charity for Children has assisted many special needs and vulnerable children. The charity is renowned for the taxi outings taking hundreds of children to the seaside. Also, a firm favourite is the Annual Mad Hatters Party at the Grosvenor House, Park Lane, London. Unfortunately, due to the covid 19 pandemic, the party was cancelled. Chairman Michael Son BEM came up with the brilliant idea of a competition to find the best Mad Hatters Hat made by London’s schoolchildren.

We received many entries from schools in the London area. The presentations took place at 11am on 26th May 2021 at St. Mary & St. Michael Primary School in Tower Hamlets. Attending the event were competition winners’ classmates, teachers, parents, and Deputy Mayor Councillor Sarajul Islam of Tower Hamlets Council. The winners were presented with cheques by Michael. 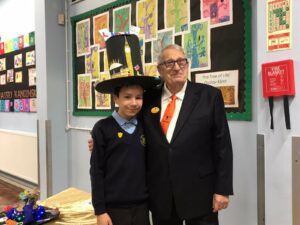 First Prize was Harry, who received a cheque for £250. The Second Prize was Frank, who attends the Willow Primary School, and received a £150 cheque. The Third Prize of £100 was awarded to Ruby, who also attends St. Mary & St. Michael Primary School. 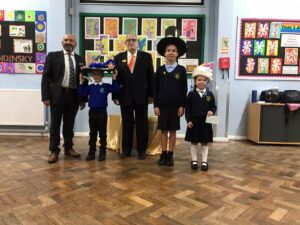 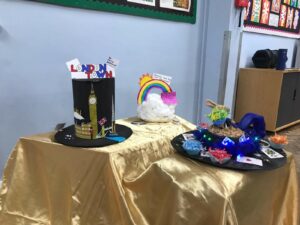 Aware of the financial restraints schools endure, in addition to the children’s prizes, the LTCFC awarded £1000 to the school of the first prize winner, to purchase much-needed equipment. Both Michael and Deputy Mayor Councillor Sarajul Islam presented the cheque to Rachel Mahon, the Headteacher of St. Mary & St. Michael Primary School. All the children who participated in the competition received a Certificate acknowledging their efforts. The presentation ended with tremendous applause from all the children and guests. 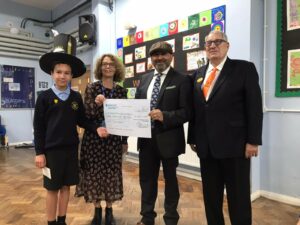 Sincere thanks to Rachel Mahon, the Headteacher, for allowing the use of the school and thanks to Deputy Mayor Councillor Sarajul Islam of Tower Hamlets Council for taking time out of his busy schedule to come along for the presentation.

To donate to the London Taxi Drivers’ Charity for Children click the Donate button below or alternatively text TAXI £5, £10 or £20 to 70085