On Friday 7 September 2018, Coram’s Fields announced the official reopening of their nursery playground, after receiving a grant from our charity London Taxi Drivers’ Charity for Children (LTCFC), formerly known as the LTFUC, for the sum of £18,902. 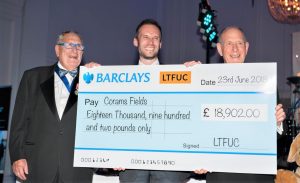 The grant has paid for the resurfacing of the outdoor nursery playground with fun, interactive designs painted on the surface and for the purchase of new, mobile educational play equipment, which supports the development of children attending the nursery. 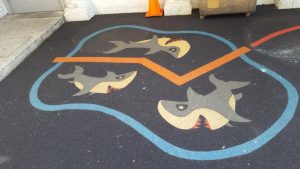 New painted surfaces for the children to play on

Coram’s Fields, situated in Camden, serves as a safe place for all children to have fun and play and is one of London’s most unique and beloved children’s charities.

In the economic climate, with reduced funding available, the nursery has been able to cover its running costs, but without additional fundraised income, it could not invest in the nursery’s facilities and resources to maintain the space.

On the day, the Mayor of Camden, Councillor Jenny Headlam-Wells unveiled the plaque in memory of the late William ‘Bill’ Tyzack BEM, former LTCFC Life President. 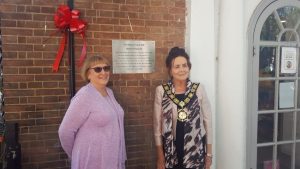 We were delighted to be joined by family members of the late William ‘Bill’ Tyzack BEM and Belinda, Bill’s daughter, cut the ribbon to officially reopen the nursery playground.

Here are some before and after pictures. 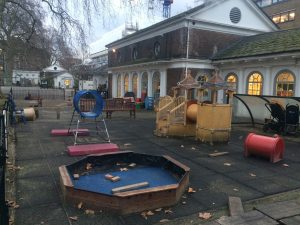 Coram’s Fields nursery before the refurbishment 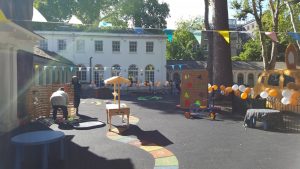 The nursery playground looking great after the refurbishment

The nursery was recently inspected by Ofsted who gave the playground a specific mention.

‘Children develop a good range of physical skills. They learn to climb, run and balance by using a wide range of equipment in the well-resourced outdoor area’ – Ofsted October 2018.

Previous StoryWe have a new brand identity
Next StoryGiving Tuesday